Custom Software for the Genomics Industry

Liquid handling robots (LHRs) are commonly used by labs working at scale. Because they reduce the need for manual processing, they can be hugely beneficial or even essential for labs with high throughput. However, LHRs also bring the potential for catastrophic errors. If lab staff walk away from the equipment — which automation should allow — they might not realize immediately when a problem occurs.

Integrating LHRs with the laboratory information management system (LIMS) can lower the risk, by enabling labs to anticipate potential problems and respond to them before they become a much bigger issue. This, in turn, can save labs time and money.

Whether lab staff are present or not, common problems can arise with automated LHRs. The longer LHRs are left to run without intervention when these problems occur, the longer it will take staff to rerun the processes, and the more costly the loss of time for the lab. Three common problems are:

Problem 1: A transfer of liquids may not occur as expected

There are many reasons why the transfer of liquids might not occur correctly. One example is if there’s a loose or missing pipette tip on the processing head, which affects one or more transfers. Regardless of the reason, if any transfer fails either partially or wholly, it’s covered by Problem 1.

Problem 2: Containers are in the wrong deck positions

At times, the correct containers might be loaded onto the LHR deck, but in the wrong positions. Multi-well containers are often identified by 13-digit identifiers. With so many digits to remember, it’s fairly easy for the operator loading the deck to inadvertently place a container in the wrong location. For example, they might place container 0000056300000 in the position where container 0000066300000 should be (or vice versa).

Problem 3: Wrong containers are on the deck

Similarly, the wrong containers might be loaded onto the LHR deck, because the operator locating the source container from the freezer transposes numbers in the 13-digit ID. For example, they might retrieve container 0000006350000 when they should be retrieving 0000003650000.

Whether a problem is the result of equipment failure or human error, each can have significant implications at scale. Fortunately, there are programmatic ways of limiting the damage.

Integration patterns to address these problems

At Semaphore, we use integration patterns to reduce the risk that these problems will occur. Three patterns that address the problems described above are:

Integration Pattern 1: LIMS produces a ‘driver file’ for the LHR to consume

This is the oldest and simplest integration. The LIMS generates a ‘driver file’ that can be imported into the LHR management software to define the transfer requirements from source to destination. This driver file can be a simple table in a format consumable by the LHR software, such as in Table 1.

This pattern is cost-effective and easy to achieve. It assumes that the virtual transfer has occurred in LIMS first.

Most LHRs have the ability to produce a log file of the transfer operations that occurred during processing. This log file can be parsed by the LIMS, and is used as the credible source of truth concerning what did happen versus what should have happened. Some LHRs have the ability to detect if a transfer didn’t occur properly (via pressure, capacitance, or optical sensing). The log file (like that in Table 2) can also tell the LIMS which transfers failed.

Within most LHR management software, it is possible to incorporate a set of initial preprocessing validation tasks into the LHR methods before any transfers take place. These validations might include checking that:

Collectively, we call these types of validations a ‘pre-flight check,’ and we make the assumption that if any of the components of the pre-flight check fail, then no transfers will occur and the operator will be notified.

Combining all three integration patterns reduces the occurrence of common LHR-based problems and is our recommended approach to integrating LHR systems with the LIMS.

We advise the following order of sequence of operations:

However, because this integration approach is likely to incur the greatest cost and longer timelines, we suggest that some labs take a phased approach instead. This involves applying the most valuable pattern(s) first so that the lab gains some integration benefits quickly.

In our next post, we’ll share some things to consider when choosing which integration patterns to leverage that best meet your lab’s unique requirements. In the meantime, if you’re experiencing these common LHR problems and need help solving them, contact us. 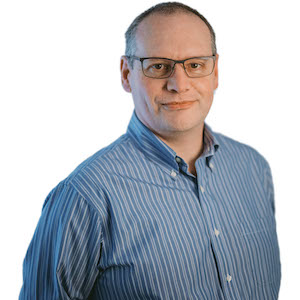 Mark has over 15 years experience in the Genomics Sector as a Field Application Scientist with a specialty in Solutions Architecture for Genomics.

Semaphore respectfully acknowledges that the land we work on is the unceded traditional territory of the lək̓ʷəŋən people of the Coast Salish nation.

We recognize that acts of colonization created grave systemic injustices that exist to this day, and as a company we support continued efforts toward reconciliation.